NOTE ON PROGRAMMING: Power Switch will not publish from Monday August 29th to Monday September 5th. We will resume our normal schedule on Tuesday, September 6.

The 2022 Atlantic hurricane season has been quiet so far, but historically it’s a big week for big storms.

Hurricane Andrew, one of the most destructive storms in US history, made landfall in Florida 30 years ago this week. A Category 5 hurricane with sustained winds reaching 165 mph, Andrew caused an estimated $26 billion in damage, destroyed more than 50,000 homes and changed the way the nation thinks about hurricanes.

South Florida cities quickly updated their building codes and began to enforce them more vigorously. The state now has some of the strongest codes in the country.

Hurricane forecasting has also improved dramatically, which can help people take shelter before a storm. The National Hurricane Center says tracking accuracy has increased by 75%, while intensity forecasts have improved by 50%.

Since the 1980s, however, hurricanes have only longer, more frequent and more intense. Scientists expect that climate change, caused by emissions from burning fossil fuels, make large storms more extreme and cause larger storm surges due to sea level rise.

Andrew was the costliest hurricane in US history until Hurricane Katrina hit Louisiana, also in late August, 2005. Andrew’s record has since been surpassed. five more times by Irma, Ida, Sandy, Maria and Harvey.

Many disaster managers and experts believe the nation is not ready for what is to come. Most jurisdictions nationwide lack adequate building codes, and ratepayers often foot the bill for rebuilding the most flood-prone properties through the National Flood Insurance Program.

“These disasters will get worse and their impact will spread, but most Americans remain woefully unprepared,” said Craig Fugate, former head of the Federal Emergency Management Agency. written in an editorial with former FEMA official Roy Wright this week.

One thing that has progressed is climate science.

Studies have shown that Hurricane Harvey, which made landfall five years ago this week, was made worse by climate change by dumping record rainfall on the Houston area.

A study published this week found that 30-50% of properties that flooded during Harvey would not have flooded had it not been for climate change.

As for the 2022 season, which runs until November 30, the The National Weather Service still expects an above-average yeardespite a slow start.

Andrew, after all, was the first named storm of the season when it hit the shore in 1992.

Thank goodness it’s Friday – thanks for logging in POLITICO Power Switch. I am your host, Nick Sobczykwith the help today Timothee Cama. Arianna Skibell will be back soon. Power Switch is brought to you by the journalists behind E&E news and POLITICO Energy. Send your advice, comments and questions to [email protected] Where [email protected].

The Mountain Valley Pipeline, a natural gas project coveted by Sen. Joe Manchin (DW.Va.)is at the center of a debate on federal environmental assessments that is in the national spotlight.

And it’s personal for many private landowners who would see their property cut in half by the interstate project.

Miranda Willson reports from West Virginia, with the help of Hannah Northey and Carlos Anchondo. Opinions on the pipeline are mixed, and the project faces backlash on the ground from people of all political persuasions.

Much of the pipeline has been laid, but the project has been delayed by lengthy court battles over its environmental permits amid concerns about its impacts on waterways, endangered species and private land.

“We are definitely David and MVP is Goliath,” said Becky Crabtree, whose property is on the way to the pipeline. “But I believe that every inch of their build will meet resistance in one form or another.”

Manchin wants to complete the pipeline as part of a permit reform bill he agreed to with congressional leaders in exchange for his vote on the Democrats’ climate bill.

The ice cream man is coming
President Joe Biden plans to create an ambassadorship for the Arctic, as sea ice thaws due to climate change and an international energy competition takes hold in the region, writes Nahal Toosi.

Shipping lanes are opening up in the Arctic, and the United States and its main foreign adversaries have developed new economic and military interests there in recent years. Read the story here.

The “Great Wall of Trees”
President franklin roosevelt led farmers to plant a huge wall of trees across the plains during the Dust Bowl, as part of the New Deal.

Armed with tens of billions of dollars from the new climate law, the Biden administration could embark on a similar project for climate resilience, writes Daniel Cusick. Read about it here.

shock sticker
UK energy prices will rise by more than 80% after a decision by energy regulator Ofgem, writes Zoya Cheftalovich.

The spike is partly due to the Russian war in Ukraine. Ofgem chief Jonathan Brearley has acknowledged that the UK could face significant energy challenges this winter. Learn more here.

At Chevron, we believe the future of energy is low carbon. In the Permian Basin, we explore solutions to meet the growing energy demand, while reducing emission intensity.

Russian gas flaring: A major Russian LNG plant near the Finnish border burns around $10 million worth of natural gas per day.

All on batteries: Volkswagen’s truck operations manager said battery-electric technology will soon be dominant in the industry, including in applications like wood.

The science, politics and politics behind the energy transition can seem miles away. But we are all concerned at the individual and communal level – warmer days and higher gasoline prices to home insurance rates and food supply.

Want to know more? Send us your questions and we will provide you with answers. 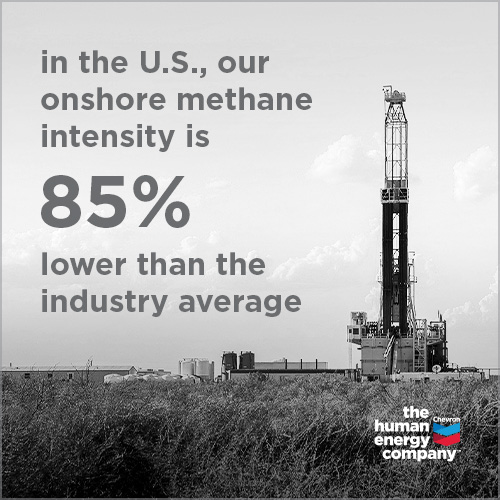 A showcase of some of our best subscriber content.

Simon Stiell, the next UN climate chiefcomes from Grenada, giving small island nations a key ally in the fight against climate change.

That’s all for today, friends. Thanks for reading, and have a nice weekend!

At Chevron, we recognize that the demand for energy is increasing. That’s why we’re ramping up production to help keep pace. This year, in the Permian Basin, we expect to increase oil production by 15% over 2021 levels. And we expect to reach 1 million barrels of oil per day by 2025, while continuing to reduce carbon and methane emissions intensity.