In the southwestern corner of Australia, there is an ecological hotspot rich in endemic species. The diverse area includes savannas, scrubs, shrubs, woodlands and forests. There are pockets of fragile and ecologically important habitats that are under increased pressure in their isolation from each other. The Gondwana Link organization helps build networks of connectivity to restore these ecosystems and protect endangered endemic species.

Australia’s far south-west has a globally recognized biodiversity hotspot with rich species and environments. It is known as South West Australia’s global diversity hotspot. Uniquely, it comprises a Mediterranean climate, home to distinct and diverse plants and fauna. Within the area there are six sub-regions defined by the World Wide Fund for Nature (WWF) and the Interim Biogeographic Regionalization for Australia (IBRA); comprising various Mediterranean forests, woodlands, shrublands, savannahs and scrublands.

However, wildlife habitats in this hotspot are in decline due to industry and agriculture, such as the use of fires to clear fields for planting. Two-thirds of the vegetation in this region has faced desertification, leaving land with less than 5-10% of the original bush.

In the South West Australia Global Diversity Hotspot, many birds and animals have declined and are now found in smaller, isolated hotspots.

Researchers predict that 50% of birds could disappear from these agricultural areas within 50 years. The Western Whipbird, for example, is almost completely extinct in the main “wheatbelt” – an area that has been converted to agriculture. Relying on unburned habitat, the western ground parrot has reduced to a total population of only about 100 birds.

The Carnaby’s cockatoo also exists in critical biodiversity hotspots. It is a large black cockatoo endemic to southwestern Australia. This bird is very important to the surrounding environment as it is considered a keystone species. Protecting its habitat will in turn protect many other endangered wildlife species, including flora and fauna. 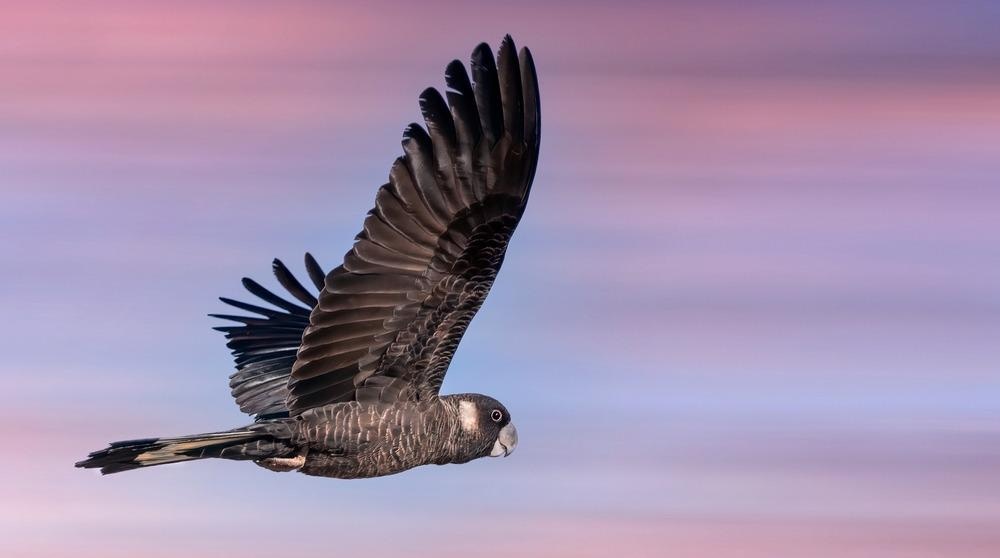 The Carnaby’s Cockatoo plays an important role in its environment, with many species depending on its existence. Image Credit: imagevixen/Shutterstock.com

A major underlying problem in the region is ecological fragmentation, as ecosystems are increasingly separated from each other, making it harder for species to support each other as part of a larger ecosystem.

Gondwana Link is considering a “reconnected country, from the karri forests of the far southwest to the woodlands and mallee bordering the Nullarbor, in which ecosystem function and biodiversity are restored and maintained.”

Located in Asia and the Pacific, the territory to be preserved is made up of grasslands, maquis and savannahs and is home to valuable ecosystems.

More than 15,000 hectares (ha) are being restored, with the objective of an additional 12,000 ha in the next 5 years. This will require creating a network of connected ecosystems that supports biodiversity, providing a conduit for animals and plants to migrate across the landscape.

On the Gondwana Link website it is explained that:

Even the largest patches of bush are unable to guarantee the survival or continued evolution of species if they remain isolated from each other within ecologically hostile landscapes where key ecological processes no longer function.

Ecosystems have become further fragmented due to fire regimes that have been exploited in the landscape. Gondwana Link seeks to alleviate these problems on a large scale by working directly with landowners and national parks to create major links in the landscape, for the educational sharing of sustainable agricultural practices and the protection of endemic species.

The diverse collaborative community of Gondwana Link works over thousands of miles to restore marginal farmland that is home to native plant species. The team encourages ecological and culturally sensitive practices such as bush protection and fire management while supporting First Nations through community collaborations and project management.

Gondwana as a symbol of reconnection

Gondwana Link is inspired by Gondwana, a supercontinent that began to break up around 180 million years ago during the Jurassic Period. Once unified, the continent eventually split into the landmasses we recognize today: Africa, South America, Australia, Antarctica, the Indian subcontinent, and the Arabian Peninsula. As a once unified continent, it is clear to see how Gondwana could be a beacon of interconnectedness, which aligns with the Gondwana Link ecological goals for well-connected pockets of biodiversity hotspots in southwestern Australia.

The main objectives of the organization are to preserve the biodiversity of these habitats, to mitigate climate change and to enable climate adaptation in the environment.

Gondwana Link is the most exciting thing to happen in restaurants in Australia, if not the world.

Through the organization’s approach of building communication links with farmers, First Nations communities, landowners and national parks, this will in turn enable habitats in South West Australia to reconnect while being restored, helping to protect endangered endemic wildlife.

Disclaimer: The views expressed here are those of the author expressed privately and do not necessarily represent the views of AZoM.com Limited T/A AZoNetwork, the owner and operator of this website. This disclaimer forms part of the terms of use of this website.