The Ancient Silk Road was an important route for transporting Chinese silk, tea, and porcelain to other countries around 2,000 years ago.

An abundance of animals and plants were also introduced from the West, enriching the lives of the Chinese people in ancient times.

Foreign envoys brought their local animals and plants as gifts to the royal court, while traders traveled thousands of miles to sell them in China.

About 200 antiques on animal and plant themes are on display at the National Silk Museum of China until September 5. Visitors can see the harmonious integration of different cultures, nations, species and peoples through the exhibits.

The “heavenly horses” and exotic camels dominated the animals that were introduced nearly 2,000 years ago. They then developed as the main form of transportation along the Silk Road.

One of the highlights of the exhibition is a copper horse sculpture from the Han Dynasty on loan from the Maoling Museum in Shaanxi Province. It is believed to be a celestial horse from the ancient kingdom of Dayuan, present-day Ferghana Valley, in Central Asia.

The celestial copper horse made in the Han dynasty (206 BC).

The Han Dynasty was strongly attracted to the large and powerful horses in possession of the Dayuan kingdom. The royal court imported a large number of celestial horses to strengthen military power.

Camels were not common in ancient China until the Silk Road was formed in the Han Dynasty. According to historical documents, a camel cavalcade entered the present-day provinces of Henan and Shaanxi, becoming the mainstay of local transportation.

The exhibit features a tricolor glazed pottery camel fired in the Tang Dynasty and ancient bricks painted with camel patterns made in the Southern and Northern dynasties (420-589 AD), indicating the importance of camels to the ‘era.

In efforts to establish a friendly relationship with the Han and Tang dynasties, the ambassadors of the West brought lions, elephants, rhinos, parrots and peacocks in tribute. The Shanglin Imperial Garden was built to breed these exotic animals.

According to records, the garden was enlarged during the Tang dynasty but later turned into a ruin during the Song dynasty (960-1279). 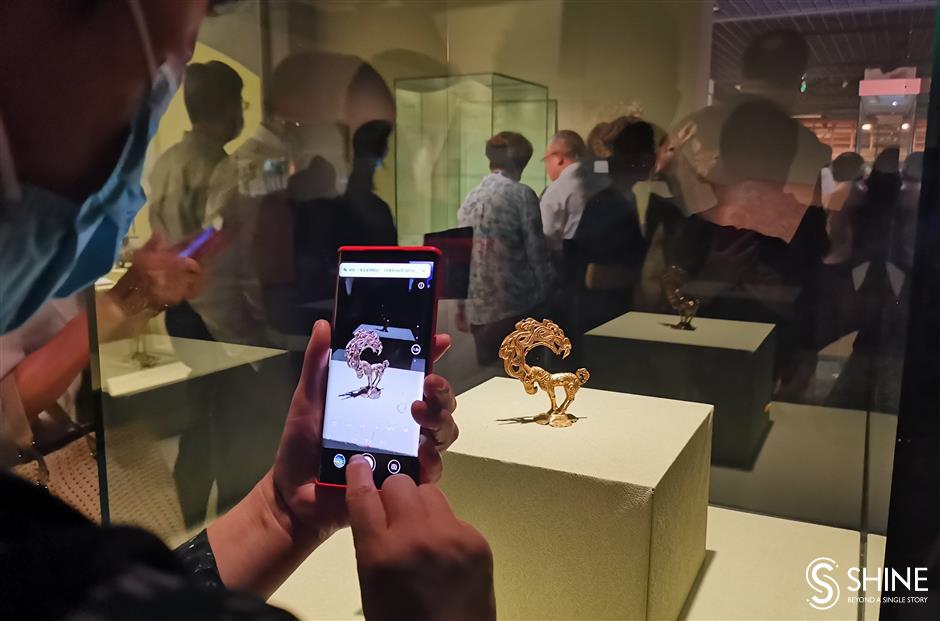 A visitor takes a photo of a Han Dynasty gold sculpture, depicting a spiritually-patterned monster.

An exhibited Tang Dynasty copper mirror in the shape of a lotus flower and engraved with peacock designs, reflecting the exchange of species between different nations. The superb skills of the craftsmen are reflected in its smooth lines and sophisticated patterns.

Copper was made into mirrors for everyday use during the period. Mirrors with lines and auspicious creatures were also used as objects to ward off evil. At the exhibit, visitors can see mirrors carved with exotic grapes, rhinos and parrots. 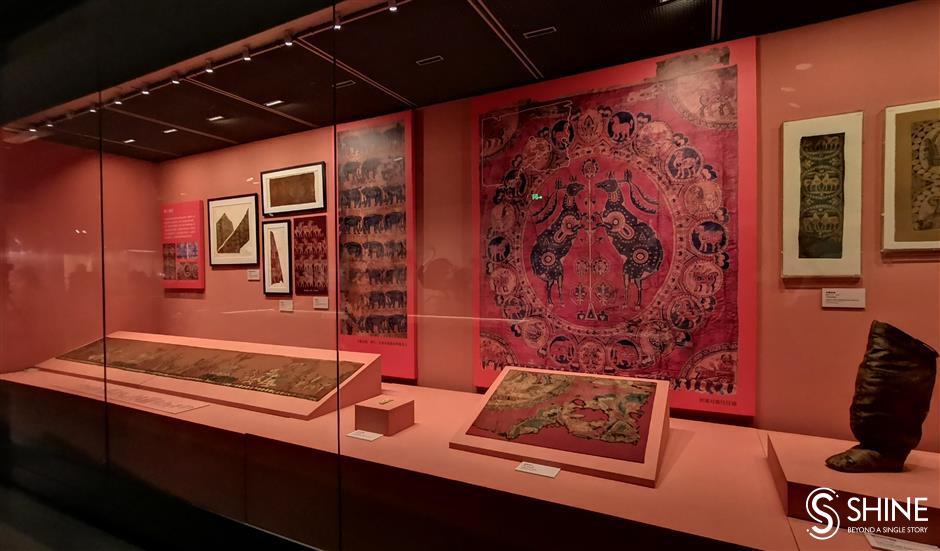 Experts have spent years working on textiles unearthed along the Silk Road.

The exhibition organizers set up food stalls to create an environment as if they were walking the streets of ancient Chang’an, the capital of the Tang Dynasty (now Xi’an in Shaanxi Province) , which was considered the largest and most prosperous city at the time. 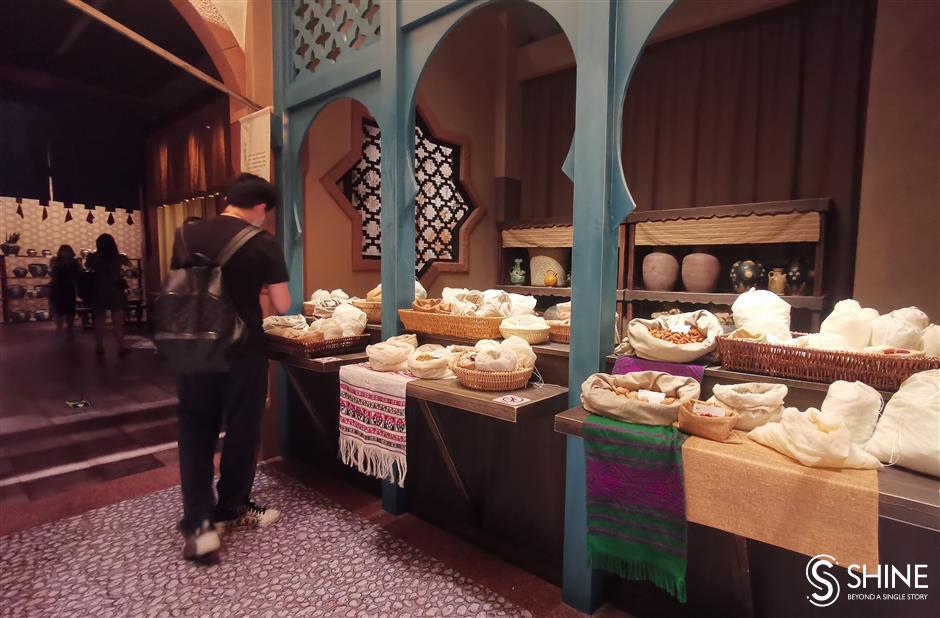 Food stalls are set up to create an environment as if visitors are walking the streets of ancient Chang’an, the capital of the Tang Dynasty, which was considered the largest and most prosperous city at the time. . 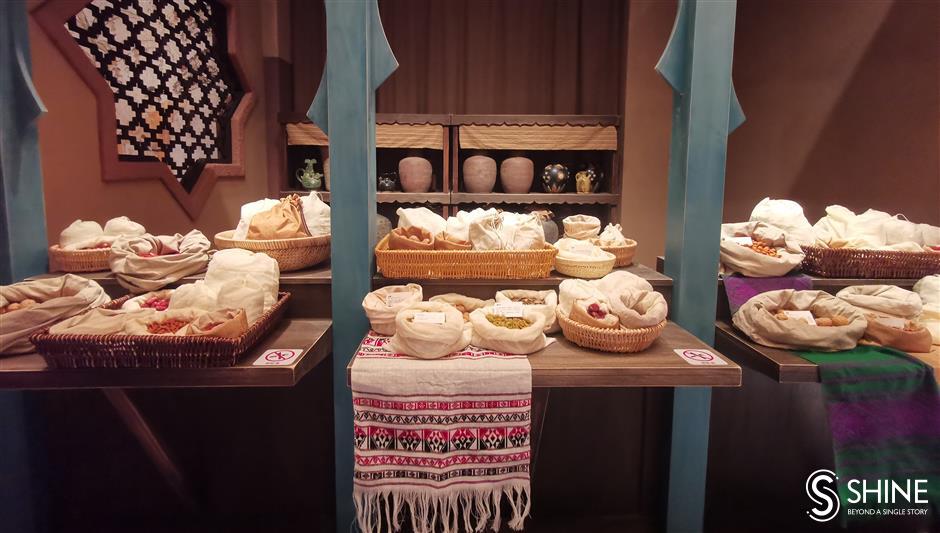 Food stalls are set up to create an environment as if visitors are walking the streets of ancient Chang’an, the capital of the Tang Dynasty, which was considered the largest and most prosperous city at the time. .

Its layout, buildings and facilities were far ahead of their time and had a major influence on other countries. Besides its booming economy, Chang’an was also a hub of exotic goods.

Visitors can linger at the stalls offering wine, nuts, vegetables and fruits, imagining the prosperity of ancient Chang’an.

Cucumbers, grapes, peas and spinach are common today. However, the ancient Chinese had never tasted them before the Han Dynasty. The cultivation of these plants has been attributed to Zhang Qian, a diplomat who served as an imperial envoy to the world outside of China.

His mission opened China to many parts of the world then unknown to the Chinese, and he brought back many seeds to enrich the food of the Chinese people.

The flavors of the Middle East also found favor with the ancient Chinese with those introduced to China including agalwood, storax, patchouli and benzoin. 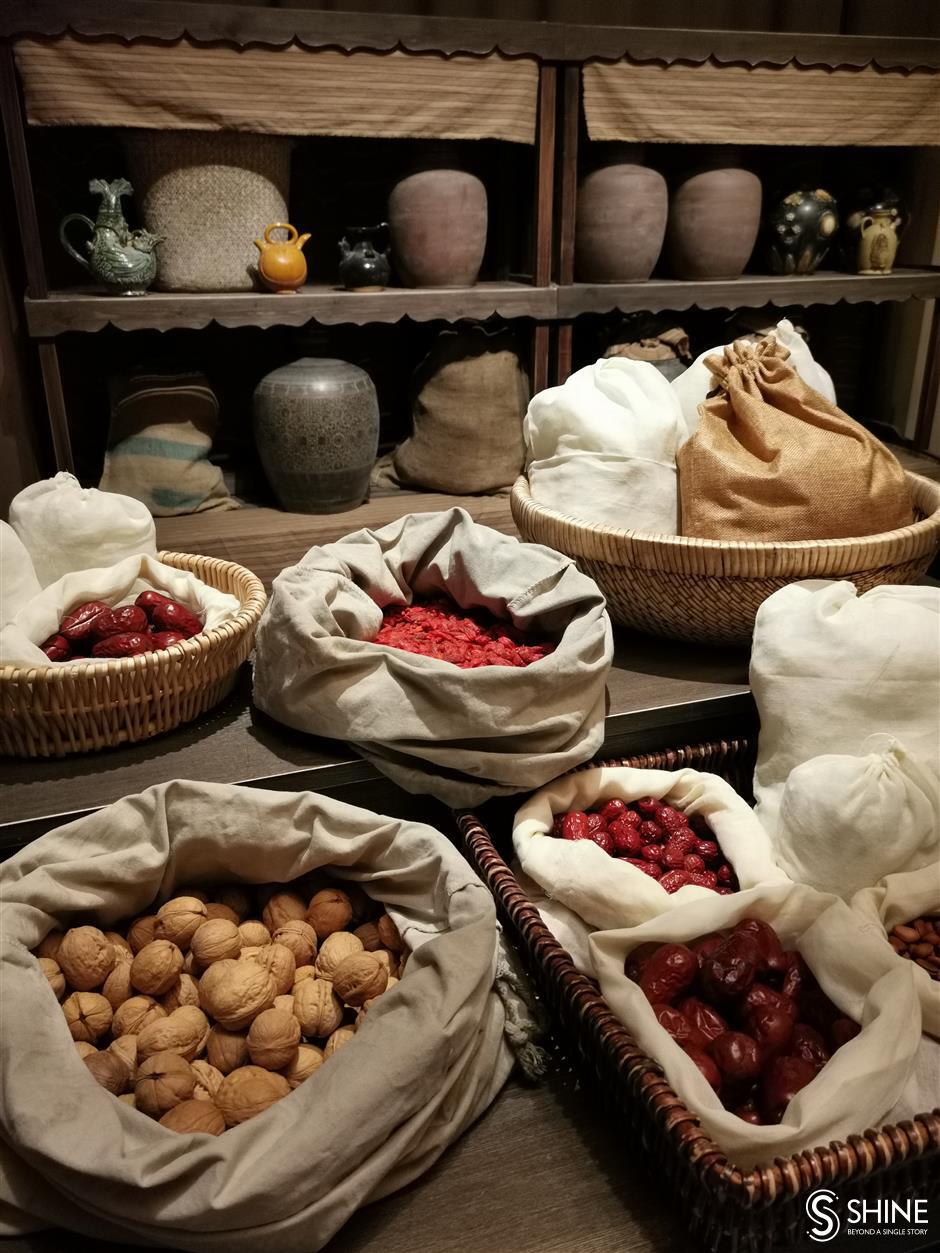 Dried fruits and nuts were abundant in Chang’an City.

“Plants and Animals on the Silk Road” exhibition

Date: until September 5, closed on Mondays