the Salvation Army shelter in North Portland, Imago Dei shelter in Southeast Portland, and sunrise center in East Portland will open at 8 p.m. tonight and is scheduled to close at 8 a.m. Wednesday. Pets are welcome at all three shelters and no one will be turned away. TriMet will not charge a fare for anyone traveling to or from a heated shelter from 6 p.m. April 12 until 10 a.m. April 13. Anyone requiring transportation to a heated shelter can call 2-1-1 to arrange a free ride.

The county did not open heated shelters Sunday evening despite the unusual snowfall because early forecasts did not indicate extreme weather conditions would be encountered, according to a county spokesperson. As the chance of snow became clearer on Sunday, the Joint Office of Homeless Services — a city-county collaboration that coordinates weather shelters — didn’t have enough time to set up the shelters before the arrival of snow. Portland leaders called for a review of the county’s extreme weather conditions Monday. 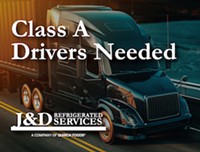 If you like articles like this, please help the Mercury continue our mission of providing breaking news, progressive journalism and fun things to do in Portland by making a small, recurring monthly contribution. Never forget: Your help is essential and much appreciated!