The landmark climate law signed by US President Joe Biden last month contains billions of dollars in financial carrots to reward investments in clean energy. The lone stick has been less heralded: a one-of-a-kind levy on methane leaks from the oil and gas sector.

Methane traps 80 times more heat in the atmosphere than carbon dioxide over a 20-year period, making it a driver of climate change. In the United States, the energy sector is the main source of methane emissions.

The fee established by the Reducing Inflation Act marks the United States’ first national price on a greenhouse gas, as efforts to tax CO₂ fail. The oil lobbies were quick to condemn him.

“Fundamentally, we don’t think the government should raise taxes, especially in the midst of a recession. And in the midst of a global energy crisis,” said Frank Macchiarola, senior vice president of the American Petroleum Institute.

Beginning in 2024, the law imposes a royalty of $900 per tonne of methane emitted by oil and gas companies from wells, pipelines, liquefied natural gas terminals and other facilities. After two years, the duty increases to $1,500 per tonne.

According to a University of Maryland study released this week, the levy has the potential to reduce total methane pollution in the United States by almost a fifth by the end of the decade compared to 2020 levels. United States under the Biden administration has committed to a 30% reduction by 2030.

“Having this kind of congressional legislation is the gold standard for reducing emissions,” said Nathan Hultman, director of the Center for Global Sustainability at the University of Maryland and a former policy adviser in the Biden administration and that of Barak Obama.

The Congressional Budget Office estimates the fee will bring in more than $6 billion by the end of the decade. Yet the scale of the royalty program falls far short of the goals of many environmentalists. Exemptions were created during months of negotiations between Sen. Joe Manchin, the conservative Democrat representing West Virginia, which is a major hydrocarbon producer; and Tom Carper of Delaware, chairman of the Senate Environment and Public Works Committee.

Smaller producers – those estimated to emit less than the CO₂ equivalent of 25,000 tonnes per year – will be exempt from the levy. That could exclude up to 60% of industry emissions, according to a Congressional Research Service report.

Another clause exempts operators who are deemed to already be in compliance with parallel pending regulations from the Environmental Protection Agency. The bill also gives issuers more than $1.5 billion to help clean up, subsidizing stragglers.

“Joe Manchin and I are practical politicians,” Carper told the Financial Times.

“I wanted to make sure that ultimately we were tackling a source of greenhouse gas emissions 80 times more potent than CO₂,” he said. “He wanted to make sure we wouldn’t unnecessarily bankrupt those who are interested in doing the right thing – determined to do well – and we came to this compromise.”

Analysts said the cost of fees to producers would be limited. A study by S&P Global Commodities found that would add about 50 cents to the $45-a-barrel oil price that many U.S. producers need to break even.

Shell, the UK-based oil major with assets in the US, said it backs the fee approach “because it incentivizes the industry to do more.” Lawmakers have listened carefully to crafting a bill that does not duplicate current or potential future regulations, but could lead to significant reductions in methane emissions not covered by current laws.

However, Lee Fuller of the Independent Petroleum Association of America, which represents oil and gas producers big and small, said the administration is chasing them while turning a blind eye to emissions from agriculture, another source significant amount of methane.

“It just targets our industry for the purpose of targeting our industry – as a way to try to make more of an argument that oil and natural gas is a bad product,” he said.

Smaller producers cautiously welcomed the exemption for emissions below 25,000 tonnes of CO₂ equivalent, but worried about the lack of detail on how the threshold would be defined and calculated.

“We clearly understood from Senator Manchin that he made it clear that he wanted small producers to be exempt,” said Nick Powell, managing director of Kansas-based Colt Energy and director of the National Stripper Well Association. “So the question becomes. . . what must we do to prove that we are exempt? » 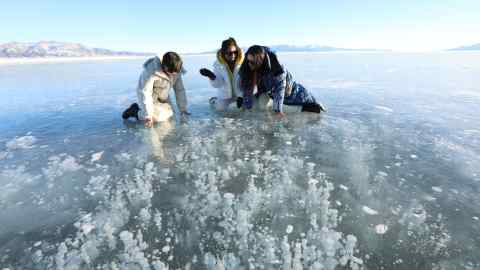 The amount of emissions will also depend on how the EPA interprets the law and how the fee fits in with other regulations. Hultman of the University of Maryland estimated that methane leaks could decrease by 6 to 19 percent by the end of the decade thanks to legislation.

Environmentalists said the charges draw a line after years of regulatory chopping and changing as different presidential administrations imposed and then tore up methane rules. Rules introduced under Obama were torn up by Donald Trump before being reinstated.

Curious about the FT’s commitments to environmental sustainability? Learn more about our scientific goals here